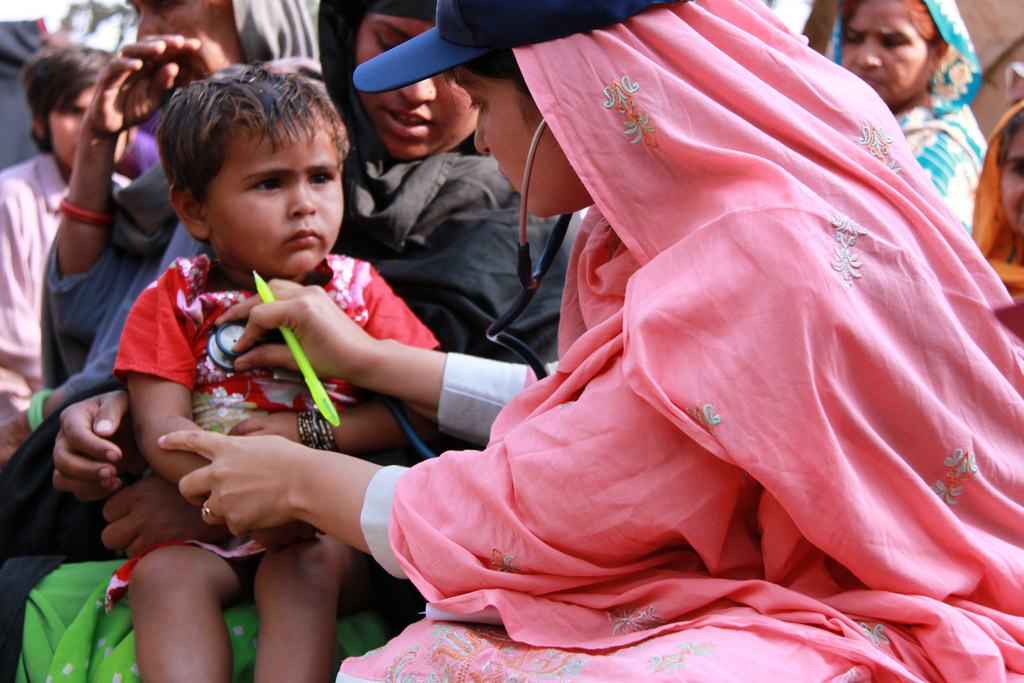 A female doctor with the International Medical Corps examines a young boy at a mobile health clinic in the village of Goza, near Dadu, in Pakistan’s Sindh province.
Funding from the UK government is enabling the International Medical Corps to operate mobile health clinics in Sindh, as part of the UK’s response to the Pakistan floods. These clinics will provide access to basic healthcare services for thousands of people across Sindh as they return home to communities which were devastated by the floods in August 2010. The floods destroyed clinics and hospitals as well as homes and schools, so mobile teams of doctors, nurses and pharmacists are a vital way of reaching people in need of healthcare. The teams also operate as a disease ‘early-warning’ system; being getting out into the communities, they can spot the early signs of cholera and other water-borne diseases associated with large amounts of standing water and limited sanitation.